How Did He Teach Us to Pray? 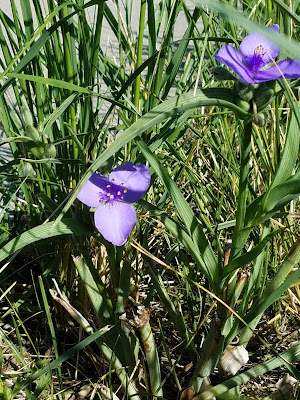 While walking and praying on one of my favorite trails, I saw revelation in the Lord’s Prayer.

Our Father. My intention was to pray over one specific friend this morning, as I began my prayer, I joined myself to my sister and prayed, “Our Father….” We share this heavenly Father; she is my sister, whom I love dearly.


Our Father in Heaven. Heaven has reached into our hearts. The very kingdom of God is within us, growing and reaching into the lives of those we love.  As we allow God’s love to grow in us, we expand the kingdom of Heaven here on Earth.


Our Father in Heaven, holy is Your Name! Time for the hosannas and the hallelujahs as rejoicing breaks through my prayer time. How can one commune with our Father, even in times of despair or great sorrow, without allowing His joy to permeate our prayers, without reverencing all that is holy?


Thy kingdom come. By joining myself to God I allow His kingdom to come and reign in my life. I exalt Him as King of kings and Lord of lords; I submit to Him as God of my life, as God of all life. His kingdom is the only kingdom I want to explore. There are principalities and dominions I don’t understand that have hold in the lives of many around us, but, I choose to live in Christ and allow Christ to reign in me. Every facet of my life somehow revolves around expanding God’s kingdom reign in the world around me. Is He God of all? Absolutely! Has He given dominion of the world to man? Yes. Every unholy choice we make leads us further from the next line…

Thy will be done on Earth as it is in Heaven. I won’t claim to know God’s will in everything. It’s His will that we commune with Him, it’s His will that we know His Word, His Son, Jesus. It’s His will that we love, always. But, whether or not He wants me to take a specific job or to redecorate my kitchen, well…..sometimes He lets us in on which way to go, other times, I think He’s willing to bless what we choose. He always guides and directs us, but, He’s given us tremendous freedom as well. 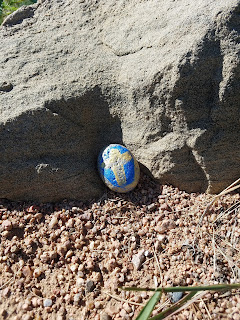 Can you imagine His perfect will, as it is in Heaven, surrounding us here on Earth? According to the Bible, I don’t think that will happen until a new heaven and a new earth are ushered in….but, can you just imagine it? Yes, we pray come quickly Lord Jesus, and we agree in prayer, Let Thy will be done in Earth as it is in Heaven. I want God’s perfect will accomplished in my life, and in the lives of those I love. And yes, in the lives of everyone on the planet.


How pleasant it is for brothers to dwell together in unity! (Psalm 133:1)
Give us this day our daily bread. We generally consider our daily bread to be our meal. Jesus Himself said that His meat was to do the will of the Father. So, I’m going to go out on a limb here and say that our daily bread isn’t just our physical meals, it includes all the sustenance we need from day to day. It includes our food, but so much more!


We all need to feel loved. It’s not just a want, it’s a God-given need. We’re not asking for something God can’t provide. He created us with a built-in need for His love, and for the love of our fellow man – and perhaps that of a spouse.
God freely gives us His love – and more; everything we need is within our grasp.
And forgive us our trespasses as we forgive those who trespass against us. Many years ago, I read a column (as they were called before the word blog became popular) which told the story of a mother listening as her child prayed at bedtime. Reciting the Lord’s Prayer, he said, in part, “forgive us our trash passing, as we forgive those who pass trash against us…” That’s the way I hear it in my head now. Cute? Yes, adorable. But, just as true.


I think perhaps, this might be the scariest prayer to pray. Forgive us as we forgive others?


But – what if we’re not so forgiving of others?


Mark 11:25 says, “And when you stand praying, if you hold anything against anyone, forgive them, so that your Father in heaven may forgive you your sins.” (NIV)


There’s the story of the man who was forgiven much then turned around and demanded that another who owed him a pittance pay up immediately or he’d have him thrown into debtor’s jail. In Matthew 18:21-35 Peter asks Jesus how many times we’re to forgive those who wrong us. Jesus explains the parable of the unmerciful servant. Because forgiveness is so important within the kingdom of God (which reigns in our hearts), I’ll include the story here. 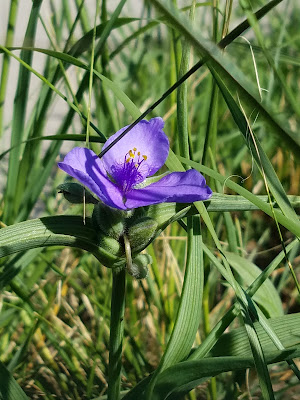 “Then Peter came to Him and said, “Lord, how often shall my brother sin against me, and I forgive him? Up to seven times?”


Jesus said to him, “I do not say to you, up to seven times, but up to seventy times seven. Therefore the kingdom of heaven is like a certain king who wanted to settle accounts with his servants. And when he had begun to settle accounts, one was brought to him who owed him ten thousand talents. But as he was not able to pay, his master commanded that he be sold, with his wife and children and all that he had, and that payment be made. The servant therefore fell down before him, saying, ‘Master, have patience with me, and I will pay you all.’ Then the master of that servant was moved with compassion, released him and forgave him the debt.
Personal note here, that was a forgiving king! He didn’t just agree to be patient until the servant could pay him, he forgave the debt altogether. I wonder how the servant came to owe the king so much, or how he ever thought he could pay it. But, the king shows mercy, so it’s kind of irrelevant. But, the parable goes on….


“But that servant went out and found one of his fellow servants who owed him a hundred denarii; and he laid hands on him and took him by the throat, saying, ‘Pay me what you owe!’ So his fellow servant fell down at his feet and begged him, saying, ‘Have patience with me, and I will pay you all.’ And he would not, but went and threw him into prison till he should pay the debt. So when his fellow servants saw what had been done, they were very grieved, and came and told their master all that had been done. Then his master, after he had called him, said to him, ‘You wicked servant! I forgave you all that debt because you begged me. Should you not also have had compassion o your fellow servant, just as I had pity on you?’ And his master was angry, and delivered him to the torturers until he should pay all that was due him.


“So My heavenly Father also will do to you if each of you, from his heart, does not forgive his brother his trespasses.” (NKJV)
Yowza! It doesn’t sound like Jesus is making light of the powerful act of forgiveness, does it? I’ll just leave that there for us to chew on.


And lead us not into temptation, but deliver us from evil. None of us wants to endure trials, as they tend to stretch us. But evil? No, none of us ever want to experience evil, personally. Most of us are grieved to hear of others enduring evil. Although, plenty of us seem to enjoy watching it on television or at the movie theaters.


Deliver us from evil – when we ask God to lead us in His ways, to turn us from the path of evil, we’re asking Him to direct our footsteps. We’re giving up the right to choose to walk down a road that’s filled with consequences, some we know of, some of which hide in the darkness along the way. But, we’re directly asking God to spare of us all that.

Then. Sometimes. In our own stubbornness, we continue down that road, because the temptations seem so rewarding in the moment. Then, we wonder why God allowed such evil to befall us. In a word; consequences.


God chastens those He loves. Yes. But, punishment is reserved for the wicked. Consequences follow when we walk where God has clearly shown us not to. We can’t feign ignorance, we have the Holy Spirit living on the inside of us.


If I tell my granddaughter not to ride her bike in the middle of the road, and she defiantly does so anyway. She may get hit by a car. Being hurt by the car isn’t a punishment for riding where she was told not to, it’s a consequence. My telling her to be careful not to pedal there was a warning out of love, not me playing dictator and keeping her from “all the fun”.


For Thine is the kingdom, the power and the glory – forever and ever. Amen.


Here comes the rejoicing and the hallelujahs again. What a thrill to share in God’s kingdom and in His power and in His glory! It’s all His, but, He chooses to bless us in all of it, simply because we are in Him and He is in us! Hallelujah! Ponder His kingdom, His power and His glory!


Along the trail, God brought my attention to a tiny ant carrying a stick that was measurably, much bigger than he was. As he made his way across the smooth sidewalk, I was impressed. He skittered down the edge of the sidewalk and through the grains of sand, that looked like boulders around him. He didn’t seem to let the harshness of his terrain deter him from his task at all. 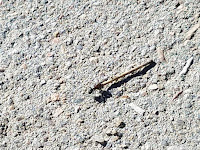 Sometimes, our hearts are heavy and we carry them around for everyone to see, or we hide the struggle as if we’re punishing ourselves for feeling the crushing weight of whatever it is we’re going through.


“Now unto him that is able to keep you from falling, and to present you faultless before the presence of his glory with exceeding joy,

Posted by Helen Williams at 1:42 PM No comments: Links to this post